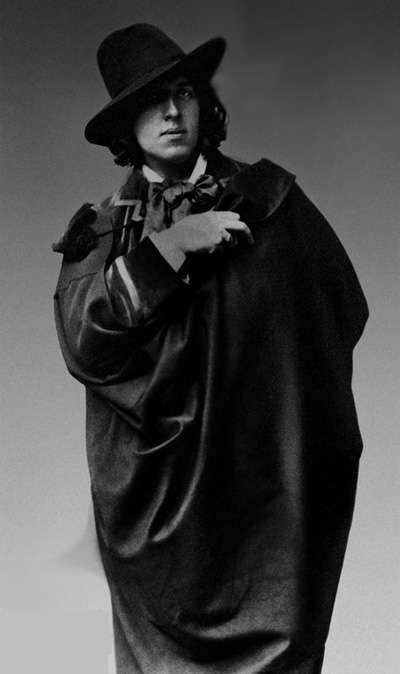 Why did we choose to name our company Oscar Wilde Tours?

Well, to begin with, Oscar Wilde is arguably one of the most recognizable figures in gay history. After all, who doesn’t know at least something about Wilde, as raconteur, dandy, author, or martyr?

Probably the greatest wit in the history of the English language, Wilde perfected the art of conversation, producing countless brilliant epigrams that still astonish and amuse today. Who, after all, but Oscar could have coined the brilliantly paradoxical line, “I can resist everything except temptation”? He also produced an astonishing range of writing: reinventing the fairy tale and the short story; creating, in Dorian Gray, one of the modern mythic figures on the level of Don Juan and Dracula; and penning the most insightful (and screamingly funny!) society comedies in English history.

Indeed, although Wilde was the greatest of dandies, he was also a great deal more. He was one of the inventors of the modern “star” personality, and embodied a series of artistic movements that had great influence in Europe—from the aestheticism for which Gilbert and Sullivan mocked him, to the decadence that helped bring him to disaster. As a cultural leader, he had scores of talented followers who were both gay and straight, and he left a lasting imprint on modern sensibilities.

Wilde was also gay—or at least had a very important gay side. In fact, his sexual history seems very like a version of the ‘coming out’ story that is typical of many gay people in our own time: he married and fathered two children but, after apparently being seduced by a young friend when he was in his thirties, he largely abandoned his wife and embraced sexual relations with men. Unfortunately for Wilde, however, he lived in an era when same-sex love was strictly criminalized. If it was a possibility for elite men, they could only engage in it discreetly—and Wilde, entranced by his sexual discoveries and the risk he was incurring, was anything but discreet.

As a result, despite his fame, he was put on trial for “gross indecency” and sentenced to two years in prison with hard labor. It was a sentence that destroyed him. Although he wrote one important work after his release, The Ballad of Reading Gaol, he gave up all of the lighter-hearted genres which had made him famous, and lived as a pauper, exile and outcast. He survived barely three more years, dying a sad and lonely death in Paris at the age of 46.

Thus we identify with Oscar Wilde and mourn for his destruction: it symbolizes the ways in which gay people have been martyred throughout the history of the West. But above all we honor him. We honor him for his contribution to art and culture, for his astonishing creativity, and for having lived his life in a way that makes us proud to be gay.