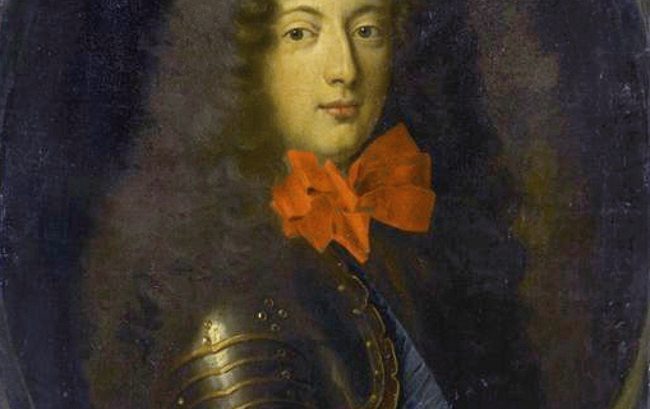 You might not think there have been many LGBTQ rulers in world history.  But you would be wrong!  From Alexander the Great’s Macedonia to Mad Ludwig’s Bavaria and beyond, there have been rulers (and members of ruling families) with many different sexualities and gender identities throughout world history.  And a number of them, unsurprisingly, have left behind fantastic palaces and castles.

Alexander, His Dad, and their Boyfriends

Alexander the Great’s male-male loves, for his “royal companion” Hephaestion and for the King of Persia’s eunuch Bagoas, are famous.  But his father, Phillip II—the military genius who defeated Athens and Sparta—also had male lovers.  It’s a sordid story, though, involving revenge, gang rape, and murder—Phillip’s own assassination.  Phillip apparently had a lover, called Pausanias, but then replaced him with another young man, also called Pausanias.  Pausanias the first insulted Pausanias the second’s masculinity, to such a degree that Pausanias the second decided to let himself be killed on the battlefield defending the King to show his courage.  To get revenge, a powerful friend of Pausanias the second called Attalus invited Pausanias the first over to a party.  There he got him drunk (Macedonians drank a lot!) and gave him over to his servants to gang rape.  Pausanias protested to the King, but the King needed good relations with Attalus, who was both related to the Queen and the general leading his all-important invasion of Persia (ultimately completed by his son).  So rather than punishing Attalus, he gave Pausanias presents and promoted him to his own bodyguard.  Mistake!  Pausanias bided his time and took revenge in 336 BC by assassinating Phillip in 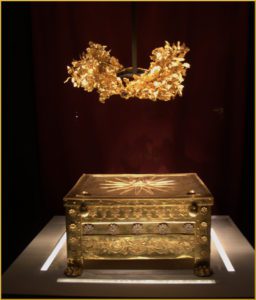 Phillip of Macedon’s coffin and a gold wreath

the stadium of Aigai.  This is the modern Vergina, where the Macedonian royal family was buried and where, among other amazing things, you can see Phillip’s tomb and coffin.

The palace at Aigai was the largest building of the Ancient Greek world.  The largest palace of early modern Europe—the model for countless other royal palaces—was Versailles.  And Versailles too had its LGBTQ side.  In this case it wasn’t one of the Kings who had same-sex relations.  In fact, Louis XIV and Louis XV were both womanizers.  Instead the most prominent royal queer in Versailles history was Louis XIV’s brother Philippe, the Duc d’Orléans.  Philippe was, as royals had to be (and have to be even now in most countries) married, in order to produce legitimate heirs.  But his wives were infuriated by his clear preference for his male favorites, in particular the Chevalier de Lorraine (see above).  And Monsieur was not only apparently gay, he was also somewhat gender-bending, appearing at at least one court ball dressed as a woman.  So when Monsieur 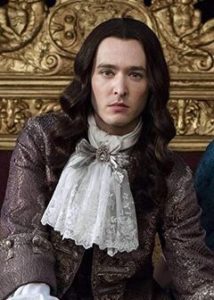 Alexander Viahos as Philippe I d’Orléans

appears in the TV series Versailles with his boyfriends, for once TV is being historically accurate!

The Queen and her Lady Favorites

There aren’t as many stories of lesbian rulers, because of course there haven’t been as many women rulers.  But an interesting one has come to the public’s attention recently, because of the movie The Favorite, in which Olivia Colman gave an Oscar-winning performance as Britain’s Queen Anne.  In the movie, Anne and her women favorites have clearly sexual relations.  It is actually not certain that these relations with her female favorites were sexually consummated, but they were certainly passionate. Sarah Churchill, Duchess of Marlborough, was the most important of her favorites.  Churchill (then Sarah Jennings) entered the court in 1673 as a maid of honor to Anne’s mother, when she was 13 and Anne 8.  They quickly developed a very close relationship.  When Anne became Queen, Sarah rose to astonishing prominence. Her husband, the great general Marlborough, was named a Duke, and they received land and money to build their monumental Blenheim Palace.  This is still today the seat of the Dukes of Marlborough—and the childhood home of Winston Churchill, one of Sarah’s descendants.  Sarah 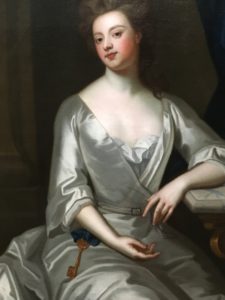 too had many offices.  Among other things, she was the first woman Keeper of the Privy Purse, i.e. the Queen’s personal budget manager.  Sarah was not, however, an easy person to deal with.   Perhaps because she was older and had known Anne since she was a little girl, she bullied the Queen and was frequently absent from Court.  Eventually, she made the tactical mistake of introducing into the Queen’s household a more biddable cousin, Abigail Hill (later Masham).  As Sarah’s relationship with Anne broke down, the Queen grew closer to Abigail.  For example, after the final break, in 1710, Abigail became Keeper of the Privy Purse.

The correspondence between these women is highly passionate.  Again, however, it is impossible to know if their relationships were expressed sexually.  The idea, however, does not represent the imposition of modern concepts onto an earlier period.  Anne’s father (King James II) and sister (Queen Mary) among others discouraged her “unnatural” attachments to Sarah and other women.  And Sarah herself saw (or claimed to see) Anne’s relationship to Sarah as sexual:  she wrote that the Queen had “no inclination for any but her own sex” and collaborated with pamphleteers who attacked the Queen as a lesbian. In fact, given how little lesbian relationships appear in the historical record, it is interesting how many people saw these relationships as sexual in their own time.  Lesbians might still be in the closet, but lesbianism had definitely come into the public consciousness.

I could go on, but to make it simple:  there have been a lot of LGBTQ Rulers, and many of the great European castles and palaces have LGBTQ pasts.  To find out more, come on our tour of LGBTQ Monarchs and their Fairy Tale Castles, live on Zoom on Sunday January 10, 2021.